In a 5-4 decision, the Washington Supreme Court held that a one-year limitation period to file a lawsuit under a residential construction contract was “substantively unconscionable and, therefore, void and unenforceable.”

Any claim or cause of action arising under this Agreement, including under this warranty, must be filed in a court of competent jurisdiction within one year (or any longer period stated in any written warranty provided by the Contractor) from the date of Owner’s first occupancy of the Project or the date of completion as defined above, whichever comes first.

The Tadychs had approximately one month to review the contract before signing it, and apparently did so without objection to the warranty provision or the limitation period.

Discussions between the Tadychs and Noble Ridge regarding the issues they identified in early 2015 ended in early 2017 without resolution. The Tadychs then sued Noble Ridge in late 2017, more than three years after taking occupancy. Their claims were dismissed on summary judgment under the warranty provision, which was affirmed by the Court of Appeals.

The Washington Supreme Court reversed the trial court and Court of Appeals and remanded the case for trial, holding that the one-year limitation period was unenforceable because it is unconscionable. Although the Court briefly acknowledged that parties are generally held to the terms of their contracts, the Court’s analysis quickly transitioned to consideration of whether the warranty provision was unconscionable in light of the six-year statute of repose under RCW 4.16.310.

RCW 4.16.310 provides that a claimant has up to six years to file a lawsuit for claims arising under a construction contract. Prior to the Tadych opinion, Washington courts recognized that parties may contract for a shorter period. E.g., Washington State Major League Baseball Stadium Pub. Facilities Dist. v. Huber, Hunt & Nichols-Kiewit Constr. Co., 176 Wn.2d 502, 512-13 (2013) (“[S]ubject to the same principles that apply to contractual modification of a statute of limitations, parties may agree to set the time for accrual of causes of action arising under their construction contracts, and may do so with regard to both the statute of limitations and the statute of repose.”).

Under the facts of this case, however, the Court held the limitation period in the North Ridge-Tadych contract was unenforceable because:

[T]his limitation period effectively abolishes a plaintiff’s statutory right under RCW 4.16.310 to bring a claim. Here, the Tadychs filed suit within three years of discovering some of the contractor’s defective work. Under chapter 4.16 RCW, the suit is timely. The one-year limitation provision provides a substantially shorter limitations period than plaintiffs are otherwise entitled to under RCW 4.16.310 and benefits the contractor at the expense of the rights of the homeowner.

The Court further held that the provision was unenforceable because “it eliminates otherwise established statutory rights and is one sided, benefitting the contract drafter [Noble Ridge], is also not prominently set out in the contract, is not negotiated or bargained for, and provides no benefit to the affected party.” Therefore, the one-year limitation for lawsuits under the contract was invalidated, and the Tadychs could proceed to trial on their claims.

Further, the dissenting opinion argued that the contract was not procedurally unconscionable because “[t]he limitations clause was plain in the contract” and “[t]he Tadychs had a meaningful opportunity to review the contract—a month—before signing. All the terms were in the 14-page contract, and the Tadychs had ample time to consult counsel. … These facts do not support a finding that the one-year limitation on suits was procedurally unconscionable.”
Nevertheless, the majority opinion controls. Under Tadych, if a contractual claims limitation provision “eliminates otherwise established statutory rights and is one sided, benefitting the contract drafter, is also not prominently set out in the contract, is not negotiated or bargained for, and provides no benefit to the affected party,” it may not be enforceable.

Going forward, contracting parties should pay special attention to claims limitation language in their contracts to ensure risks are allocated consistent with current Washington law. For contracts that include claims limitation provisions, these provisions may still be enforceable if thoughtfully drafted to address the unconscionability factors discussed in Tadych. Contract drafters may consider making the language more prominent (e.g., in bold and large font), adding specific acknowledgements and space for the parties to initial to confirm that it has been reviewed and bargained for, and increasing the limitation period. However, this does not guarantee such a provision would pass muster post Tadych, and contracting parties are encouraged to consult with counsel. 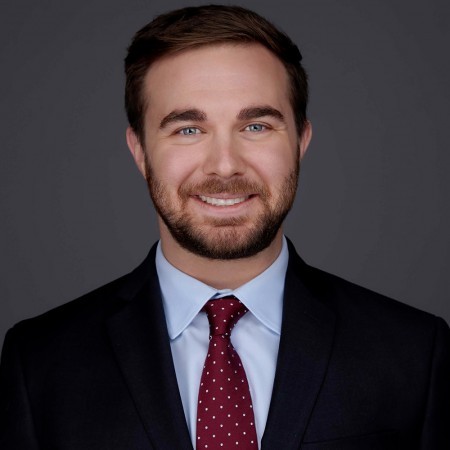 Mr. Young earned his undergraduate degree from the University of Washington in 2010 with a Bachelor of Science in Construction Management. Will worked as a project engineer and assistant project manager for a local general contractor for more than three years prior to (and during) law school, receiving his Juris Doctorate from the Seattle University School of Law in 2016. Will was admitted to the Washington State Bar in 2017, and his years of edu...